Fitting the Schwalbe One

Last December I was handed a set of 25mm Schwalbe One with the question if I would like to give a review. I mounted them on my winter bike, which went relatively quickly. 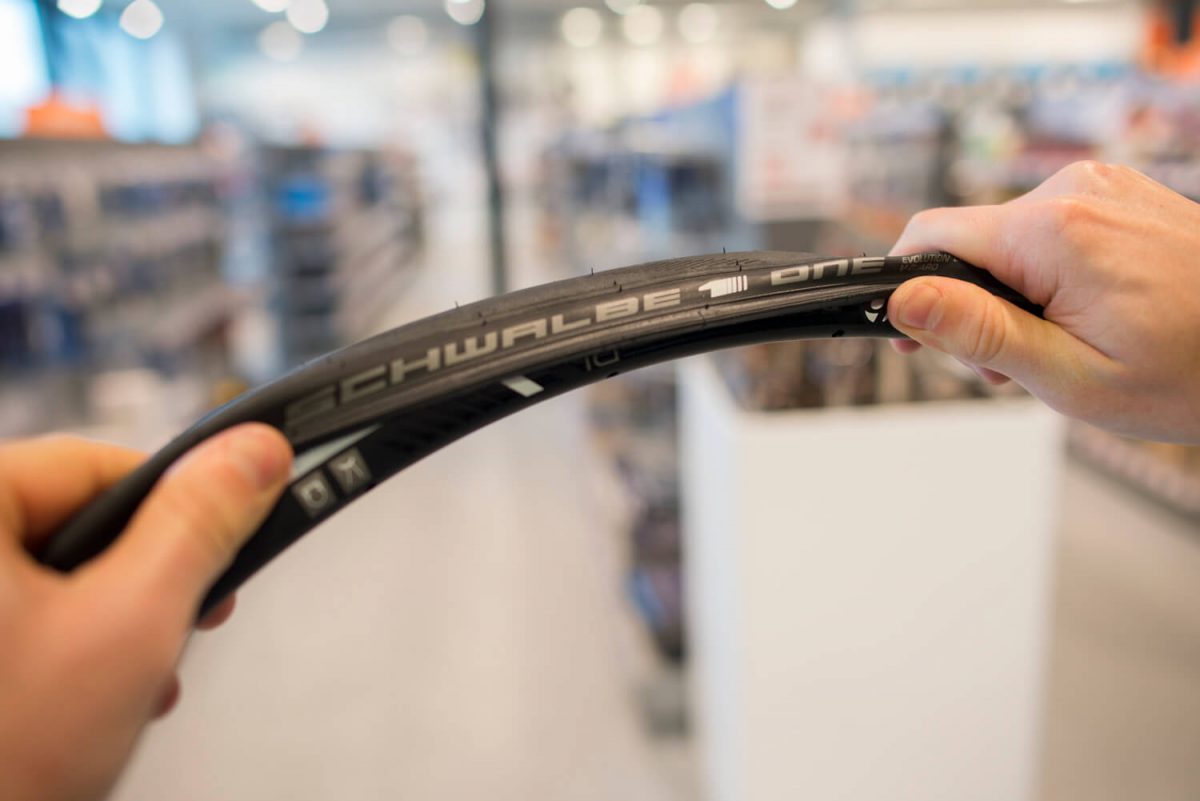 Once a Grand Prix tyre cost me 15 minutes, but these tyres were ready within two minutes. Only needed to inflate them and I was ready to go.

Before I had 23mm Schwalbe Luganos on my metal steed. The weather didn’t really allow for many rides last December and January, but I nevertheless managed to cram in some rides, without punctures. 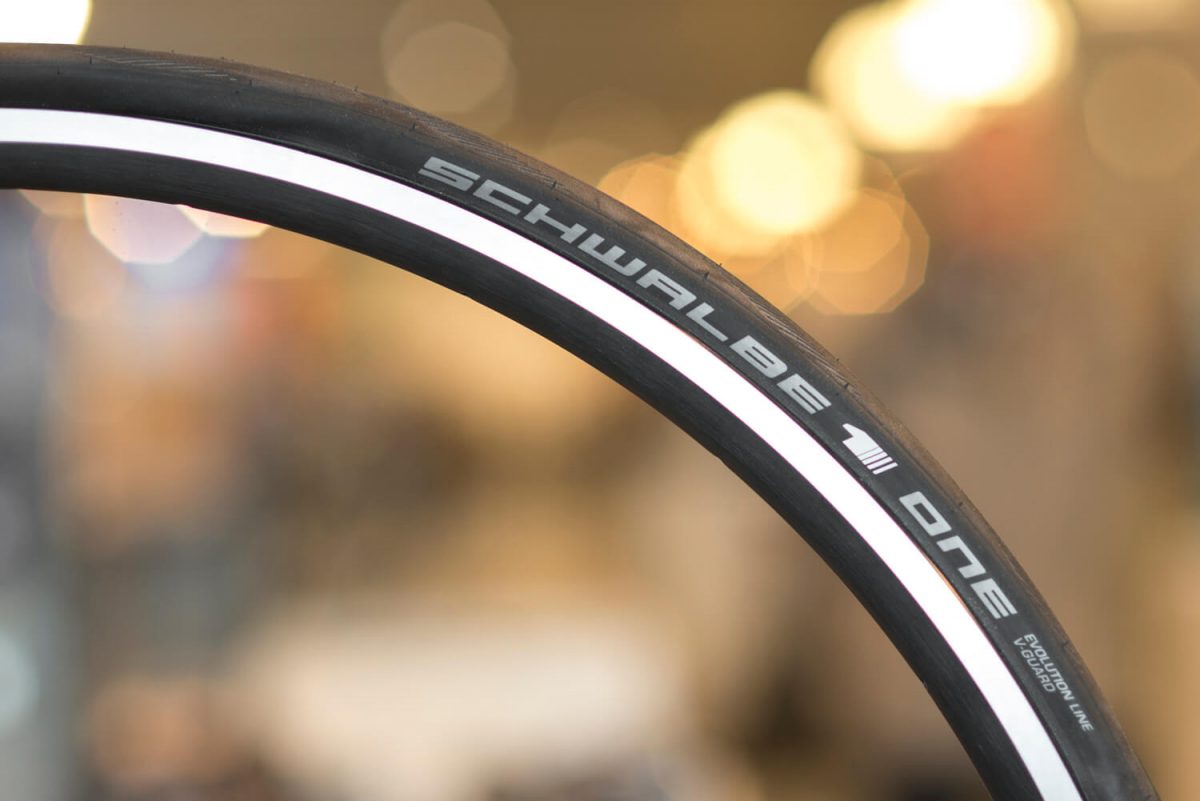 The first thing I noticed was that the rolling resistance seemed to have been reduced significantly. Apart from that it was also much more comfortable with the 25mm. The cornering felt, despite the wet and slippery roads, reliable.

Aesthetically, this is also a fine tyre. There are four colours to choose from: black and the colours of the Dutch (and British) flag: red, white, and blue. 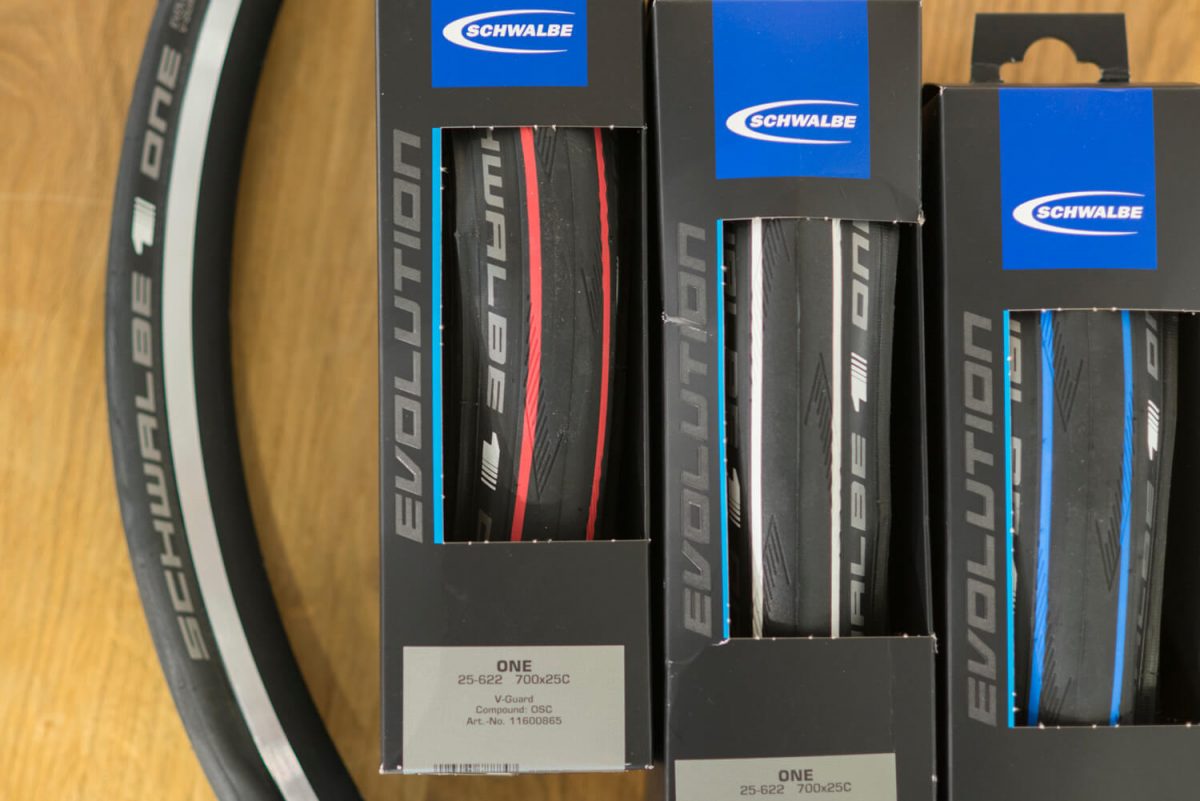 The last three colours are added subtly on the sidewalls, so great to match with your bike and/or clothes.

The reduced rolling resistance raised some questions: what was my wattage? Perhaps it was a placebo because I know these tyres are new and improved. I did some research, to look at the facts. 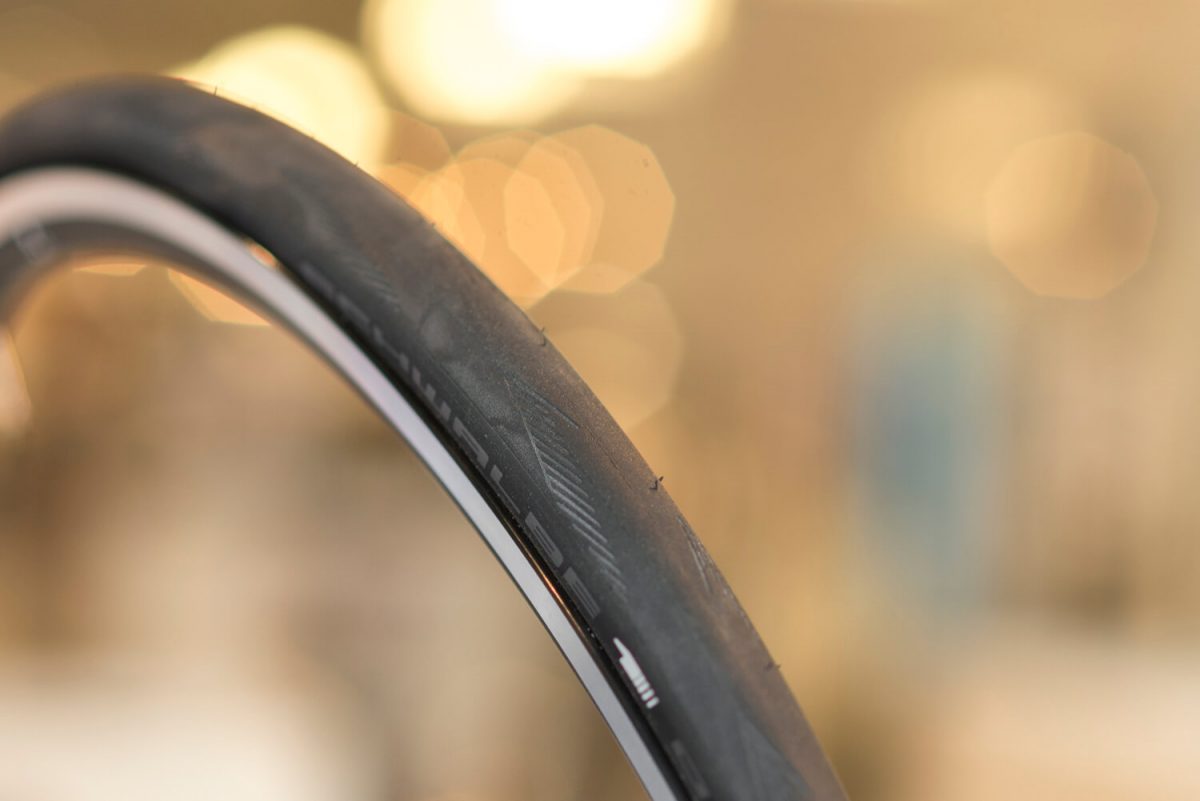 However, the new tyres have not been tested extensively yet. Although I read that other users also noticed the low rolling resistance. But because the carcass and compound haven’t changed, you can assume that the performance can hardly differ from the old Schwalbe One.

The previous, slick version of the tyres had, with a 6.9 bar pressure, less rolling resistance than the Continental Grand Prix 4000s II. If this is still the case, remains to be seen….

Great tyres, low rolling resistance, easy to mount on the rims. There’s also the possibility to choose a colour. The V-Guard did its job during the past (wet) months: 0 flats.

Why they only have seemed to provide the tyre with a tread and nothing else has changed, I’m still wondering.

After having left the catering business, I started down a new road with a study on nutrition and diet. Life = Food. In order to unwind, and to be able to eat even more, I frequently ride my BMC Teammachine and Trek Procaliber. I also work at the MTB department at Mantel.

Cyclists in the market for a new mountainbike need to pick a suitable groupset to go with it. The large … END_OF_DOCUMENT_TOKEN_TO_BE_REPLACED

When I just started cycling enthusiastically I was still cycling in a cotton t-shirt, without a base layer. An undershirt, … END_OF_DOCUMENT_TOKEN_TO_BE_REPLACED

A cycling jersey is an essential part of your set of cycling clothing. The differences in quality and price can … END_OF_DOCUMENT_TOKEN_TO_BE_REPLACED

What do you do when you have a few days off and you like to go on long bike rides? … END_OF_DOCUMENT_TOKEN_TO_BE_REPLACED

All of a sudden, the Continental Grand Prix 5000 appeared on stage. Continental recently released the successor to the GP … END_OF_DOCUMENT_TOKEN_TO_BE_REPLACED

The Sigma brand might not be synonymous with high-end GPS cycling computers for a lot of people. That shouldn’t come … END_OF_DOCUMENT_TOKEN_TO_BE_REPLACED

Our wheel-expert Martin regularly puts two wheelsets in the spotlight to compare them to each other. This way you’ll get … END_OF_DOCUMENT_TOKEN_TO_BE_REPLACED

Cyclists in the market for a new mountainbike need to pick a suitable groupset to go with it. The large … END_OF_DOCUMENT_TOKEN_TO_BE_REPLACED